Posted by Farida Somjee at 11:48 PM No comments:

Downsize my Home: What a Joy

The month of July has started with so much happiness. I feel energetic and excited about life itself.

Wow! what a joy to downsize my home. I can't even remember the half things that I gave away. It's amazing when one does not miss the materials they once had.

And when my 89 year old uncle-in-law came to visit, he blessed us (hubby and me) with much happiness and love. I felt that we'd made the perfect decision ever. The best was the flowers he brought for us, which we're enjoying on our patio.

Posted by Farida Somjee at 10:31 AM No comments:

The Beggar's Dance book launch was a celebration with people who supported me during this five year writing journey.


My editor Joyce Gram shared her story about how much she enjoyed working on this project before introducing me.

I am blessed with family and friends who helped at the event - my husband, my son, my sister-in-law Zain, my brother, my goddaughter and two friends, Rozy and Zahra, and fantastic emcee Liz Schofield.

Moments I shall cherish forever.

Books have arrived - The Beggar's Dance

Somebody pinch me
Is this for real
Must be a dream

I gaze at the box
and smile
Yes, it is a dream

Posted by Farida Somjee at 11:41 PM No comments:

Journey of Joy and Love

Here is a Rose Quartz and Rhodonite bracelet I made a while back. A symbol of love. That day, I wore it during my yoga session and took my attention towards the heart chakra, chanting the sound YAM.
The same evening, I wore the bracelet when I went out. Not knowing that this ordinary bracelet would soon become a journey of joy and love.
I unexpectedly met a friend. She commented on how lovely the bracelet was, and spoke from her heart how much she loved my design and the beads.
I removed the bracelet from my wrist and gave it to her. She was surprised and thrilled, and kindly accepted the gift. I felt that I was also sharing my heart chakra energy with her. But when I got home, my heart was more energized than earlier. That's when I realized; it was she who was sharing her heart energy with me.
It's true, when you give unconditionally, the universe gives back thousand times more.
Posted by Farida Somjee at 11:41 PM No comments: 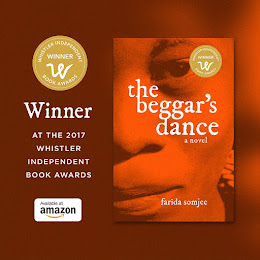